The History of KMC 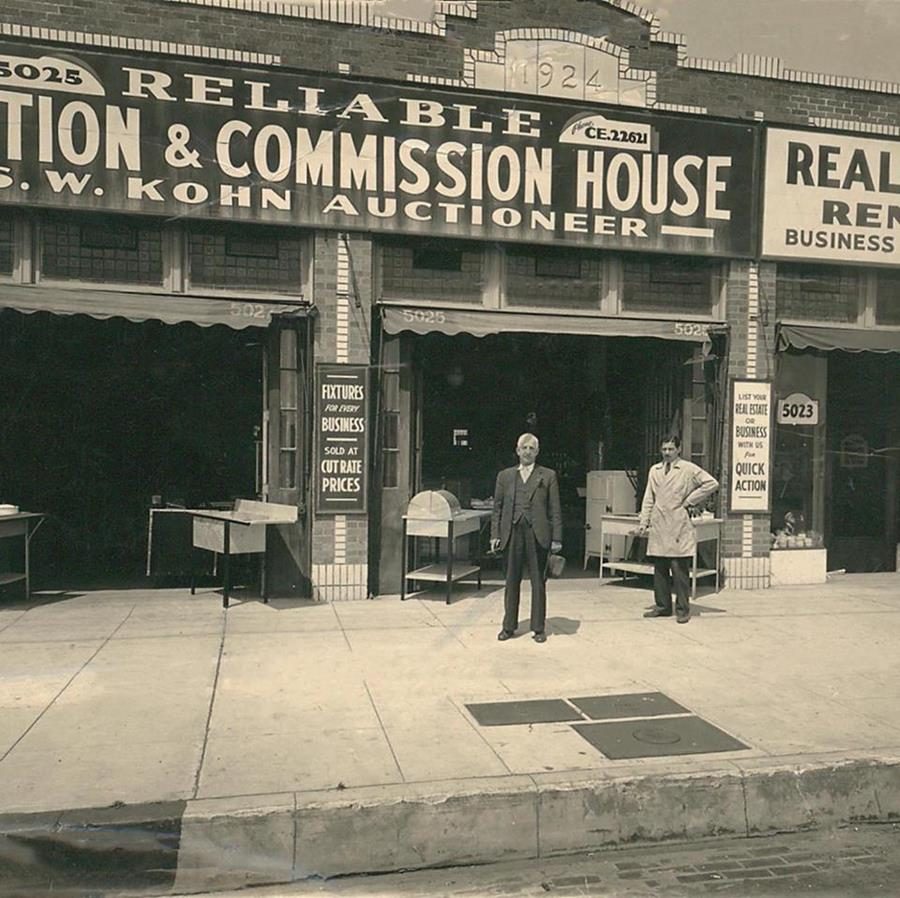 Many people don’t realize just how far back the history of Kohn-Megibow Company goes. That’s why we’ve put together a timeline of KMC’s history, starting back in 1916 when a Southern California auctioneer named S.W. Kohn founded the company. He was actually the first to specialize in auctions for used restaurant equipment. As the years passed, KMC grew into what it is today. See our journey below:

By 1924, Kohn built a new building in Los Angeles (5025 S. Figueroa, which still stands as a historic building today). His son-in-law, Sol Megibow joined the company in 1947 after serving in World War II. That’s how the name Kohn-Megibow Company came to be.

The duo excelled together in the restaurant auction industry. From auctioning off entire restaurants to liquidating used equipment, they established their niche market and continued to grow the business. Mr. Kohn passed away in 1956, but Mr. Megibow continued to lead the company into the future. He was later joined by his own son-in-law, Stephen Grove, in 1973.

Sol Megibow was the first to start utilizing warehouses for used restaurant equipment storage and auctions. This enabled a larger inventory, which was good for KMC’s business, and attracted even more buyers and sellers to the auctions. When Stephen Grove came on, they took this idea even further. In 1980, they purchased a 20,000-square-foot warehouse in Los Angeles. They eventually outgrew that space and later bought a 40,000-square-foot warehouse facility on Kraemer Boulevard in Anaheim, California, which is where KMC is still based out of today.

The growth of KMC led to Mark Alderson and Sherrie Gailey joining the primary management team with Mr. Grove. The company has continued to grow throughout the years. Every day, Kohn-Megibow Company moves the equivalent of more than one entire restaurant, market or bakery. Because of such large-scale business, KMC can sell more used quality equipment at better prices. They also sell new restaurant equipment. Used restaurant equipment can be purchased straight from the warehouse or at one of their bi-weekly auctions.

For more information about Kohn-Megibow Company or to see what’s available at one of our upcoming used restaurant equipment auctions, contact us today. Whether you are looking to buy or sell, put our rich history and depth of restaurant equipment expertise to work for you!

About author: Kohn-Megibow Company
Prev
Next